“One of my greatest childhood fantasies was the desire to create a personal friendship with a wild eagle. I found myself with a love and fascination for these powerful creatures.”

Join Martin Tyner as he reflects back on his life: from a young boy terrified of birds to becoming the first man in North America licensed to train a wild golden eagle in the ancient art of falconry.

Healer of Angels is a heartwarming collection of true stories about overcoming life’s challenges and disabilities with the guidance of wise grandparents and other mentors.

Read about his transformation from a shy dyslexic teenager, to the founder and CEO of the Southwest Wildlife Foundation. Some of the stories are humorous and some bittersweet, but each will inspire, teaching a lesson as it touches the reader’s heart.

At age twelve, Martin Tyner started caring for the sick, injured and orphaned creatures in his home town of Simi Valley, CA. At age nineteen, Tyner was hired as curator of birds of prey at Busch Gardens, CA. He worked in the movie and television industry training big cats, elephants, primates, sea mammals and raptors.

Martin Tyner provides Birds of Prey and Excursions through Road Scholar. He is included on three of their Utah Adventures: Hiking Bryce and Zion National Parks, National Parks With Your Grandchild: Zion, Bryce & Grand Canyon and Canyons, Cliffs & Rivers: The Geological Wonders of Zion. Since these adventures change on occasion, they recommend calling before scheduling in order to make sure the itinerary is still as listed on their site.

He has also taught summer classes at Southern Utah University called The Ancient Art of Falconry and Shakespeare, and performed in the Green Show with his raptors for the Utah Shakespeare Festival.

Martin Tyner is the founder of the Southwest Wildlife Foundation of Utah, which is a 501(c)(3) non-profit wildlife rescue, wildlife and environmental education organization. With the help of his golden eagle, Bud, they received a donation of 22.6 acres of beautiful, canyon property from Utah Power/Scottish Power for the development of a permanent wildlife rescue facility and a nature park for the children of Utah.

In 1976, Martin met the love of his life, Susan, who is an animal lover in her own right. Susan Heaton Tyner began her career working with animals in 1977, as a bather-brusher at the Canine Castle, a local dog grooming shop, in Simi Valley and finished her training at the Pet Oasis, in Lancaster, CA, where she graduated to the position of professional dog groomer.

Susan and Martin moved to Cedar City, UT, in the winter of 1979 where they raised two children. In 1982, they opened Tyner’s Pets and Dog Grooming where Martin ran the pet shop and Susan groomed dogs.

Susan volunteered as a leader in 4-H, developing the Guide Dog for the Blind puppy program in Southern Utah. She has been grooming dogs professionally for over thirty years and is an award-winning, international, creative groomer.

Martin continues to travel throughout the west providing wildlife programs accompanied by his devoted companion, Scout, a wild golden eagle. Between events, Martin and his birds have plenty of experience on both sides of the camera. Since high school, Martin has polished his skills as a wildlife photographer. He makes his own prints and sells them at events and online to raise funds for his foundation. He is also long experienced handling his birds for movie and television crews.

In 2015 Martin was named Cedar City Man of the year.

2018 marked Martin’s 50th year of caring of critters and educating the public. His efforts were acknowledged by the City Council of Cedar City and Senator Vickers honored Martin on the Utah State Senate floor.

A phone call is the best way to contact Martin. His work keeps him frequently on the road, outside with the critters, and in the wild, so his computer time is very limited. You can, however, follow news of his foundation activities on the Southwest Wildlife Foundation sites: Gowildlife.org, Facebook, YouTube, Twitter, Instagram. 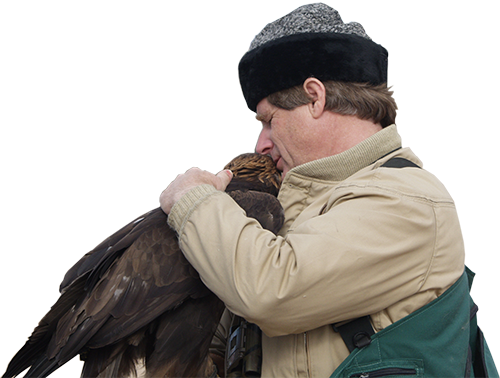 Ways you can help!

Learn how to support us by shopping at Amazon!